Pioneers in the Pulpit

The Man Beside Her 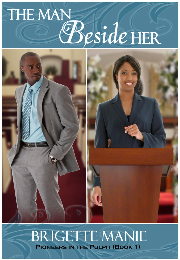 Pioneers in the Pulpit: Book I

Part of an integration program to include women in a previously all male ministry, Diane McPherson is the first of seven female pastors to be installed in ministry in the Tri State Conference of Second Advent Believers (SAB).  Assigned to Judah SAB Church in the town of Appleton, New York, she quickly discovers that small town people have the same big city problems she's used to, coming from Brooklyn, New York.  Problems like private sins with public consequences, family secrets and scandals, and more prevalent than the rest, possessiveness where church positions are concerned.  Eugene Bennett, music director and organist at Judah has the possessiveness problem on a really large scale.

Diane's ministry gets off to a challenging start when she suggests changes in Judah's worship services.  She finds herself faced with an elders' board hostile to her gender and a music director determined to end her tenure before it has properly begun.

Slade Patterson comes to church out of curiosity.  He left Judah twenty years ago because of frauds, like Eugene Bennett, pretending to be 'the faithful.'  He only walks into Judah on this particular Sabbath morning to see if the new Preacher can hold her own against her persecutor, Eugene Bennett.  Hold her own she does, and when she opens her mouth and sings a cappella, Slade finds himself at the piano, strumming the keys and picking up the notes the pastor is singing.  His visit of observation turns into one of participation, although he doesn't understand how or why.  But when God is in the mix, what else do you expect?

Pastor McPherson convinces him to return to play at Judah.  Slade plans on only temporary service in God's house, but Diane McPherson is a praying and persuasive pastor who wants to keep him there permanently.  While he resists long-term commitment to God's service, he begins thinking long term about the attractive pastor who preaches complete obedience and service to God.  Slade doesn't want her preaching, but he wants the pastor.

Diane appreciates all Slade's help and support in the music ministry of the church, and she appreciates Slade Patterson, the man, too.  But with his service only a short term thing, will the duration of their relationship be the same--short lived? 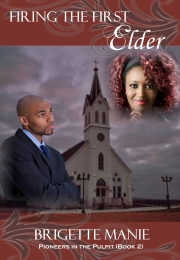 Pioneers in the Pulpit: Book II

"Love your neighbor as yourself."  Love Art Rollings?  Not in this lifetime! Pastor Scottie McGhee despises a mere thought of that man.  He is the rudest, most obnoxious human being she has ever met.  Unfortunately, she has to work with him since he's the first elder for the church to which she's been assigned.  Thoughts of getting rid of him bubble in her head every time she sees him.

Their dislike is mutual.  Art cannot stand Scottie.  Her sharp tongue and feisty manner aggravate him to the core.  A woman who looks and acts like her should not be a preacher.  He wants her gone from Euphrates SAB Church and works behind the scenes to make it happen.

There's a thin line between love and hate, though; and in one charged moment, these two combatants find this out.  Flying their white flags high, they form a truce and begin working together.

Just when Scottie gets a break from professional problems, a personal one arises.  A secret she's kept for years is no longer one, for someone else knows it–somebody determined to harm her.  With the threat of exposure a surety and not just a promise, Scottie must decide to come clean.  Will confessing her secret cause the loss of her job and relationships that she has come to hold dear?

An Appearance of Evil 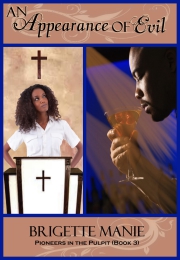 Pioneers in the Pulpit: Book III

A believer that God is no ‘respecter of persons’ and that the gospel must be preached in ‘all the world,’ Pastor Carolyn Lane has no problem witnessing to all and sundry.  The members of her church, Salt Spring SAB, have a lot of problems with her all-inclusive attitude, though.

When Carolyn begins visiting the Bare to the Bones nightclub with regularity, her two busybody members who live down the street are scandalized.  Soon the church is abuzz with the news that their pastor visits a disreputable place.  Carolyn explains until she’s breathless that she’s only giving Bible studies to the owner, Ash Donaldson.  She’s mystified that the church members don’t seem to desire spreading the good news of Jesus.  But as things become clear, Carolyn realizes that their resistance to winning sin-sick souls stems from those souls being mirror images of their own lives.  Pastor Lane sees that healing and conversion need to begin in the sanctuary before souls in the street can be won to salvation.

As if her job isn’t hard enough, an inconvenient attraction stirs between her and Ash. She struggles to fight it and constantly reminds herself that this delicious handiwork of the Creator is a soul for Jesus and not for her.  Now Pastor Lane must be careful that her witnessing act, which only appears evil, doesn’t really become evil.

Scandal in the Sanctuary 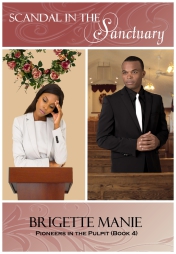 Pioneers in the Pulpit: Book IV

A widowed mother of two, Attorney Sandra Butts never expected to find romance a second time.  On vacation with her kids, she finds it with a guy she never thought she’d go for because of a major difference between them.  Zeke Russell is a persuasive man who convinces Sandra to open herself to a romance he calls ‘a different kind of special.’  She believes but doubts set in on the long journey home, and she lets a good thing go.

A little under a year later, Sandra accepts the call to pastor the Words of Life SAB Church.  The congregation is rich in means but deficient in ministry.  Sandra sets out to change that and meets resistance from some of the membership.  But leadership is behind her.  The elders and Dorothy Cunningham secure support for the changes Sandra introduces to move the church forward and reach out to the community.

All runs well until Sandra unknowingly places herself on Dorothy’s black list.  Now leadership wants her to reverse her changes or face loss of their support.  Sandra dances only to God’s song and rejects their ultimatum.  Her former supporters are now her active oppressors, and they are determined to cause havoc in the house of God and blame her for all of it.

Sandra stands her ground, but will she have the fortitude to follow through when the guy she left behind has resurfaced and their love gets caught in the crossfire?

Other Sheep Have I 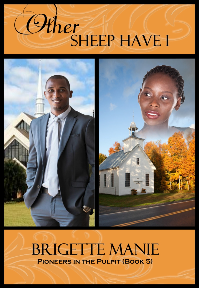 Pioneers in the Pulpit V

Turn the other cheek.   Seriously?  How many can you turn?  You've only got two. People mistake Pastor Tiana Washington's silence for lack of eloquence.  August Granger does.  You'd think he'd learn after Tiana's thorough slap-down, but troublemakers like him rarely do.

Against her gender, dress, leadership, and everything about her, August Granger is determined to drive Pastor Washington from Mt. Salem SAB.  Without meaning to, Tiana arms him with bullets against her when she forms a friendship with Jermaine Billings, pastor of HCE Ministries.  Very aware of their denominational differences, Tiana doesn’t plan on taking this friendship beyond that.  Jermaine has other ideas and sets out to change her mind with charm and persistence.

She doesn't know that he has a history with the SAB Church and has been blacklisted by them. Associating with him isn't in her professional interest.

Are you nuts about Christian romance novels? ﻿﻿﻿﻿Then you're at the right site.  Here you can read all the romance you want and vacate no values.  If you're about faith in the Father, and if you like the words 'God,' 'prayer,' and 'church' in romance novels, then my books will be a comfortable read for you.  I always say, how can those elements not be in romance when God is the author of love?

My heroes and heroines are not perfect.  They are Christians like you and me who are striving daily to make it to the Kingdom.  That means they sometimes slip and fall as in A Fall for Grace or A Price Too High.  When somebody drives them to the edge, they sometimes lose it and let the person have it before thinking about soft answers turning away wrath.  I believe in making passion plain without putting everything on the page, so you'll find hugs, kisses, and very warm looks that tend to sizzle (smile) in my books.  I write to deliver a delicious and romantic read that will make you yearn for more after the novel is done.  I hope you'll try my titles.

PS:  To subscribe to my newsletter, Between the Sheets, send me a message through the contact page with words, 'newsletter subscriber.'  xox (another way to say lots of love-smile)