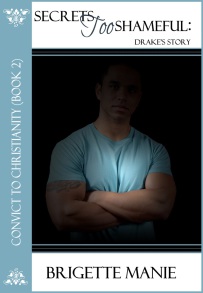 After twenty-five years, Drake McNair exchanges lock-up for liberty.  Or so he thinks.  But his new life of freedom is soon fraught with problems as his past in a Texas Penitentiary follows him into the present.  A secret he has secured for years is threatened by the presence of a man he unwittingly made an enemy years ago.  Caesar might have to wait in line to get his pound of flesh off Drake McNair, though.  He’s not the only one gunning for the ex-convict.

Forced to relocate after a home invasion, Drake gets a housing offer he can’t refuse.  His new landlady is nothing like his old.  Feisty yet fascinating, Olivia Saunders is a nurse and single mother of two.  A Christian woman who talks straight, most times to Drake’s aggravation, she has an open heart, kindness, and warmth that touches Drake in a way he never thought a woman could again.  In a short time, Drake finds himself falling for her.  While the interest seems mutual, he’s not sure her affection will hold if he reveals what he’s hidden for years.

Olivia has her own secrets that she hasn’t shared and doesn’t know if she can.  A malicious person at church becomes aware of her past, so she might be out of options.  With their private concerns now public knowledge, will Olivia and Drake find the courage to tell each other the secrets they find so shameful in order to fully enjoy the love they have for each other? 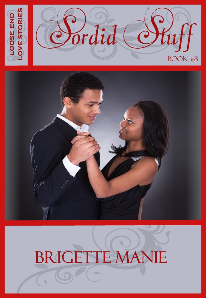 Nadia Johnson sets Stefan Hollis on fire when she slides down a pole in Bare to the Bones Nightclub.  The cute guy with the shy smile grabs her attention, too.  After one date, they definitely want to see more of each other.  Stefan’s friends are glad he’s found somebody, but not everybody’s happy with the love connection.  Lorraine Hollis, in particular, is vehement that no short-skirt, low-cleavage floozy will sink her acrylic-tipped fingernails into her son.  A determination to demolish their relationship is her singular purpose.  She commits to doing that in the craftiest of ways.  Will Nadia and Stefan survive his mother’s malicious plots to separate them?  Or will the relationship between the club girl and the church guy crumble forever?

From Bitter to Worse 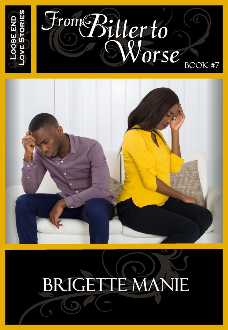 Claire Patrick plans to fire her husband, Deneil, as in divorce him.  If she doesn’t, she’ll very likely kill him. With the discovery of Deneil’s dirty deed, plus the secret she’s shielding from him, Claire thinks she has encountered all she can endure.  But trials and tribulations aren’t done with her yet.

When she loses something she really needs, Claire’s frustration skyrockets and she takes her anger out on her husband. But is it possible that what she considers a loss might just be an opportunity to mend her marriage?

Judged by the Cover 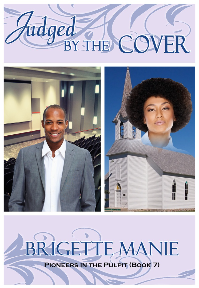 Pioneers in the Pulpit (Book VII)

Sent to the Hallelujah Hills SAB Church as her first pastoral assignment, Pastor Margery Wilson finds a nice surprise—a woman on the board of elders and the first elder, no less.  At first, Elder Paulette Yard seems a staunch supporter of the pastor, but it doesn't take long for her to reveal that she is anything but that.  Anti-Margery is what she is.

The gloves come off when Margery supports using Justin Kendrick for the media services in the church.  Paulette and her supporters have an aversion to Kendrick, whom they claim is morally unsound.  Finding no support for the allegation, Margery prevails and brings him on board.  This act fuels all of Paulette Yard's dislike in her direction.  With the animosity Paulette has towards Justin, Margery suspects that her hostility has a source that is deep seated.

When Margery and Justin find that they share not only a mutual interest in God's work, but in each other as well, Paulette triples her determination to evict Margery from her job and Justin from the church.  Will the strength of the love Justin and Margery share make them overcomers, or will Paulette prevail in her plans? 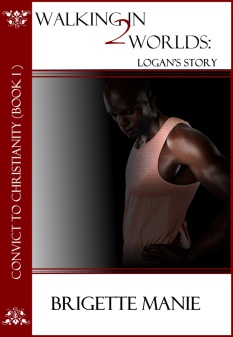 Convict to Christianity: Book I

When her brother brings a felon into their home, Marcia makes her objection to the man’s presence plain.  Where’s her Christian spirit?  When it comes to Logan Dunn, she has none.  The man’s piety is a total pretense, and she doesn’t believe he’s truly converted—not with the shortcoming he has.

Logan has no problem with her dislike.  He can’t stand her either.  The woman is just miserable.  She needs a man.  He tells her so in the height of one of their many arguments.  A bottle of dishwashing liquid and a wayward towel prove him right about her and give disturbing insight into his own needs…for Marcia Freeman.

Attraction replaces the animosity between them.  But Marcia's not sure it can amount to anything when his commitment to Christ is questionable.  Then again, maybe he'd say the same about her...if he got a glimpse of her thoughts.

Known By His Fruits

Pioneers in the Pulpit: Book VI

Wilderness SAB Church needs a new roof and boiler.  Pastor London Jones has her hands full, trying to raise the funds fast to do these things before winter sets in.  Structural problems aren’t the only kind in Wilderness.  London finds that the sin problem exists there as well.  Grappling with these, she must also deal with a troublesome first elder, Nehemiah Garrett, and a taciturn head deacon, Shaun Farrington.

Both men want her out of Wilderness for different reasons.  London may be small but she possesses a strength that is not easily shaken.  She’s not about to let either of these men take her down.

While Shaun is a gruff and moody man, London sees glimpses of another person beneath his rough exterior.  Against her will, she begins to see more than the ogre in him.  Unknown to her, Shaun is having second thoughts, too.  The feisty midget fascinates him.

When Nehemiah and the other elders try to take London down, Shaun stands against them.  In doing so, he risks exposing a secret that both he and London have been guarding.  London doesn’t want him taking that risk, but he won’t allow her to place her job on the line to protect him.  Can they save her job and shield his secret, or must they sacrifice one for the other?

A Matter of Truth 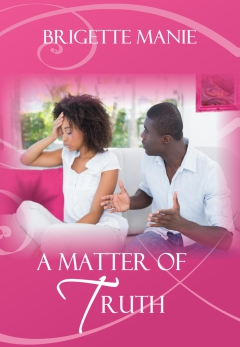 Elizabeth Monroe needs a husband like yesterday.  A candidate is available, but he's not a man she'd ever given the time of day.  But beggars can't be choosers and desperate situations require critical measures.

Isaac Jones isn't stupid and realizes Elizabeth has a hidden motive for her sudden interest.  Liking her the way he does, he plays her game intending to win it.  But it's a game neither will win when secrets aren't only on her side but his as well.

When the darkness lifts and the truth comes out, a marriage of desperation on her part and love on his turn to anguish on hers and hatred on his.  Can two people who tampered with the truth, learn to trust and love each other, especially when a person from Elizabeth's past wants to pull them apart?

Are you nuts about Christian romance novels? ﻿﻿﻿﻿Then you're at the right site.  Here you can read all the romance you want and vacate no values.  If you're about faith in the Father, and if you like the words 'God,' 'prayer,' and 'church' in romance novels, then my books will be a comfortable read for you.  I always say, how can those elements not be in romance when God is the author of love?

My heroes and heroines are not perfect.  They are Christians like you and me who are striving daily to make it to the Kingdom.  That means they sometimes slip and fall as in A Fall for Grace or A Price Too High.  When somebody drives them to the edge, they sometimes lose it and let the person have it before thinking about soft answers turning away wrath.  I believe in making passion plain without putting everything on the page, so you'll find hugs, kisses, and very warm looks that tend to sizzle (smile) in my books.  I write to deliver a delicious and romantic read that will make you yearn for more after the novel is done.  I hope you'll try my titles.

PS:  To subscribe to my newsletter, Between the Sheets, send me a message through the contact page with words, 'newsletter subscriber.'  xox (another way to say lots of love-smile)